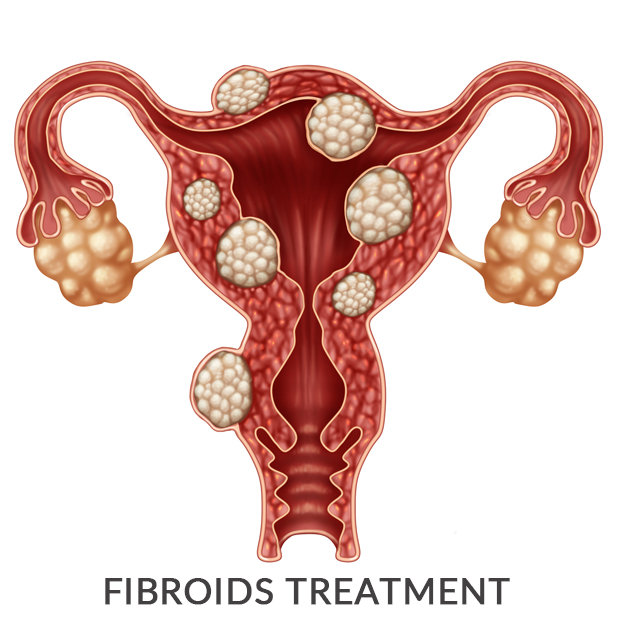 Why has surgery removing-fibroids gotten better and better?

Uterine fibroids (“leiomyomata,” singular “leiomyoma”) are comprised of swirls of fibromuscular growths within your uterus (womb) that build up over time, expanding such that they push aside or compress surrounding tissue—whether it be the internal uterine tissue itself or even organs outside of your uterus. They are unwelcome invaders into an organ that has a lot riding on it—your fertility and quality of life. The Best Fibroid Treatment Specialists in NYC

Why has surgery removing-fibroids gotten better and better?

Uterine fibroids (“leiomyomata,” singular “leiomyoma”) are comprised of swirls of fibromuscular growths within your uterus (womb) that build up over time, expanding such that they push aside or compress surrounding tissue—whether it be the internal uterine tissue itself or even organs outside of your uterus. They are unwelcome invaders into an organ that has a lot riding on it—your fertility and quality of life. The Best Fibroid Treatment Specialists in NYC

Book an Appointment with us

Our expert professional team is always ready to serve you the best solution! We know that going to the doctor can be a hassle. At NYC Endometriosis, we do everything we can to make it easier for you.

REQUEST For Another checkup time

How Big Can Fibroids Get?

In a word, big! In fact, the traditional way of describing their size, which harkens back to the long-gone OBGYN days of yore, is to state the size of your uterus when enlarged by fibroids as if it were enlarged due to pregnancy. In this way, a 12-week size fibroid uterus (consistent with the beginning of the second trimester) is large enough to no longer fit into your pelvis, becoming an abdominal organ which is palpable externally. Likewise, terms like 6-week-sized or 20-week sized are used according to this quaint—perhaps unbecoming—method only because it conveys an accuracy by which uterine enlargement can be appreciated across the board of healthcare providers.

Size matters. However, this does not necessarily mean only one fibroid misbehaving. Fibroids can come in a multitude, as small as marbles, but collectively giving your uterus a size large enough to be described according to the gestational method above.

Your uterus tends to want to push foreign bodies out (even when they are loved little bodies—like babies), and if your uterus, because of fibroids, becomes term-sized before term, labor and delivery can occur at an extremely premature stage.

Why Removing Fibroids Was Difficult Before

The real difficulty in removing fibroids, called a “myomectomy,” has always been in notcompromising the very organ to which they are associated: your uterus. In removing fibroids, knowing where they end and normal uterine tissue begins is not such a technical challenge but, instead, is tedious. That is, delicate, small moves are used to keep your uterine anatomy undamaged and functional. It requires careful surgery.

This may not be so feasible when fibroids extend through most of the uterine wall, possibly impacting not only the external layer and muscular myometrium, but the inner layer (endometrium) and with it, your endometrial cavity whose integrity is crucial for successful pregnancy and for fetal growth. Another difficulty, as mentioned above, is that fibroids can be quite numerous, sometimes occurring by the dozens. This makes a tedious surgery have another challenge—a requirement of steadfast persistence in making the most out of a single surgery.

Before any fibroids began to grow, your uterine tissue was normal but then was merely pushed aside as the fibroid exacted its only toll—being a space-occupying lesion…and the dirty tricks plays subsequent to this effect. With proper technique, a uterine fibroid can be removed whole or in layers (like an onion), stopping short of cutting or burning normal uterine tissue. Then, what are left are cavities that need to be collapsed onto themselves to re-establish the anatomy the way it was before the fibroid oppressed and bullied your tissue. To close the spaces left after fibroid removal involves reapproximating the spaces to their former contiguous integrity using absorbable suture.

Why Removing Fibroids Has Gotton Easier… and Better

The qualities necessary for doing what’s best for your patient—successfully completing a tedious surgery that also requires unrelenting persistence—are all found in the newest type of surgery used by surgeons like Dr. Ulas Bozdogan. The da Vinci® robot solves many of the pitfalls that have plagued the success of a meaningful myomectomy.

By meaningful myomectomy is meant a surgery that accomplishes the many goals needed:

The tediousness is addressed by robotic surgery, simply, via less drama in the OR. Your surgeon sits in a booth away from the operative site (comprised of a few tiny incisions) and manipulates the inserted instruments of the robot with magnification views and stereoscopic precision. Gone are the days of hovering over the open wound, struggling to get the right approach to hard-to-get-at fibroids.

Actually, fade that music out! In short, although surgery is always serious business, the conditions surrounding the robotic excision of fibroids are controlled, calm, and stress-free; such a modern environment, courtesy of the robot, makes a tedious procedure non-tedious for your surgeon and makes the persistence necessary non-taxing. Also, with this control comes enhanced hemostasis and less actual surgery—only the tissue that needs to go…goes. This cuts down on complications that had made the myomectomies of yesteryear more dramatic and stressful; even better, this amount of control also reduces inflammation, pain, and recovery time.

Once Dr. Bozdogan began utilizing the da Vinci® robot, he has never looked back, because going back to performing myomectomies without it would be going back in time, to the “bad ol’ days.” Your fertility and quality of life deserve better. Dr. Bozdogan delivers better.